You are here: Home / WOAC Blog / The Importance of Strength Training for Runners 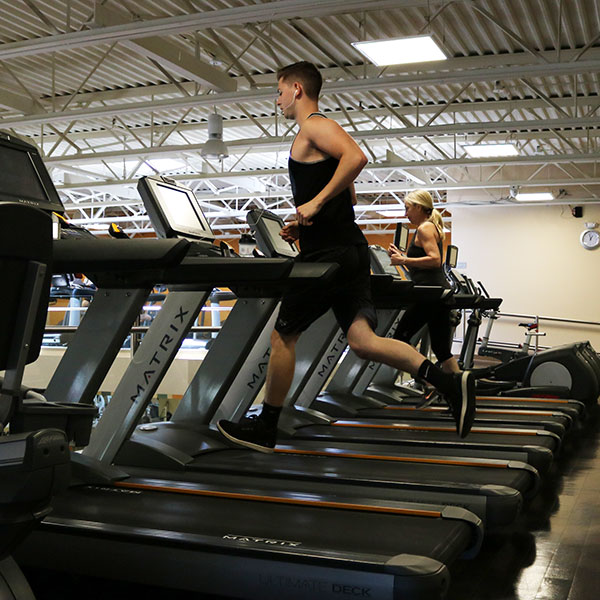 Recreational running has been one of the fastest growing means of exercise in this country over the last century.  It’s become something that most of our society has dabbled into at some point as way to get regular physical activity. It seems pretty simple to just put on a pair of sneakers, head out the door and get after it. It doesn’t require a lot of equipment and can really be done anywhere which has led to its growing popularity amongst all ages and genders.

Most people, not including those with pre-existing physical limitations, believe that they can or should be able to just go out and start running. They go out, don’t really think about form, and search for a good sweat and the “runners high” endorphin release that accompanies the completion of a run. Do you just jump into a pool for the first time and start swimming? The answer for most would be 'no'; you need to learn proper techniques. Why then do most of us feel that running is something that you just do? It has a lot to do with the belief that there is no right or wrong way to run and that various styles can allow all of us to run and be successful and injury free. This belief is prevalent because for many of us light bouts of running spaced out appropriately allow most of us to run pain and injury free.  However; for people who get hooked on running and want to do longer events, improper technique and poor training plans can often end people’s ability to run.

I will be the first to admit that I do not have the optimal form for running but I know that the strength training work that I do allows me to run any distance I want because I have prepared the musculoskeletal system to handle the rigors of hard training and race day.  The purpose of this article is not to teach you how to run properly (there are qualified coaches for that if you need it) but rather to emphasize the importance of why if you are a runner you need to be strength training at least 2x/week focusing on total body work, not just the legs.

5 top reasons why every runner must strength train.

Increased muscle mass = Increased ability for the body to utilize oxygen – When we do regular strength training (2-3x/week) we increase our body’s muscle mass. Muscle mass is a metabolically active tissue, fat is not. During exercise the more muscle mass you have the more efficiently your body can take in and utilize oxygen for increased performance.

Increased muscle mass = Increased endurance – When you strengthen the muscles specific to running (not the just legs, but the core and arms as well) your muscles become stronger and therefore can handle longer more intense runs. Studies have shown that running puts anywhere 7-10x body weight force with each step so if your entire body isn’t as strong as it could be your muscles at some point just can’t handle the repeated stress of each step and our bodies will eventually “hit the wall” or “seize up.”  Strength training also helps the body better cope with the waste products that result from running (mainly lactate) and help convert this waste into useable energy.

Reduce risk of injury – Training muscles that are specific for running significantly reduces your risk of injury.  Think about what our muscles do, they support our skeleton. If the muscles that support your skeleton are weak, the bony structures (especially those of the lower body and spine) are forced to take on much more stress than they should. Eventually more often than not, these weaknesses lead to joint issues and subsequent pain which can put runners on the shelf until hopefully the pain subsides. Strength training our muscles increases the stability of the joints those muscles surround.  You can’t strength a joint itself, only the musculature that surrounds it.

Improve technique/Correct Imbalances – When I first started running I was more of what they call a “quad runner.”  This means I tended to run more with my quads and very little with my hamstrings. If you were looking at a quad runner you would see that their heels do not come up very much off ground when they step and propel the body forward. If you want to become a faster, more efficient runner you need to learn to use your hamstrings more. Since most people would go crazy trying to remind themselves to use their hamstrings with each step you need to strengthen them so this will happen on its own. What we are trying to do is create an autonomic response that happens with each step so the heels will kick each step on their own because the musculature is stronger and doesn’t need that constant reminder from our brain. Watch an elite marathoner and you will see they get their heels almost to the butt with every step. We all don’t need to be that extreme to become better runners but everything we can do will help. Secondly, our bodies are full of hundreds of imbalances so no matter what kind of shape are in from how we live our lives. A large majority of these we have no idea about. Luckily, we can usually live a pain free life despite most of these musculoskeletal imbalances. However; because of the repetitive movement nature of running these imbalances can often lead to injuries. How many of you knew shin splints are often the function of weak glutes? Or that a hip, knee or ankle issue can be the result of a tight or depressed opposite side shoulder? I bet I have your attention now. Everything in the body is connected and when something is not working properly it puts unnecessary stress somewhere else in the body in order to compensate. Eventually if that stress becomes too much, that system (our body) will fail much like a car.

Improve core strength/posture –  Core strengthening is vital to everyone but especially to those who are looking for increased performance.  In running, when we move our legs to run, the first muscles that fire and begin the motion occur in the trunk first and then to the legs secondarily. Without a strong core the muscles of the legs are required to work twice as hard and without strength work to back this up those legs fatigue far more quicker than those who have strong cores. Many of the muscles we want to focus on are very deep intrinsic muscles that help stabilize our core.  Muscles that we work in Pilates or exercises such as front/side planks and bird dogs are what all runners should be working on.  A strong core will also help you maintain proper posture as you run which will help keep your body working at its optimal capacity.  Have someone take a picture of you running from the side during your first mile and then again 5, 10, 15 miles later. Does your body look as upright as it did in the picture at mile 1? If not, your core needs work. A good runner’s spine will not collapse forward as they fatigue. Once the body begins to tilt forward a slew of undesirable effects can occur. Lower back/neck pain can result because the spine and surrounding musculature are being far more taxed.  Knee or shin pain because the body is leaning forward and foot strike will typically be more of a front foot strike placing a total new set of demands on the joints and muscles. The hip flexors will also tighten eventually causing a shortening of our stride length which once again changes our gait and where the ground reaction force of running impacts our body.

If you or someone you know would like one of our fitness professionals to assess your gait, posture and joint mobility please contact me via email at jonm@waverleyoaks.com.  We would love to help you out.

Catch up on the latest articles on our WOAC blog. Read about exclusive fitness tips, workouts, nutritions tips, recipes and much more!

Complete the information below to request a