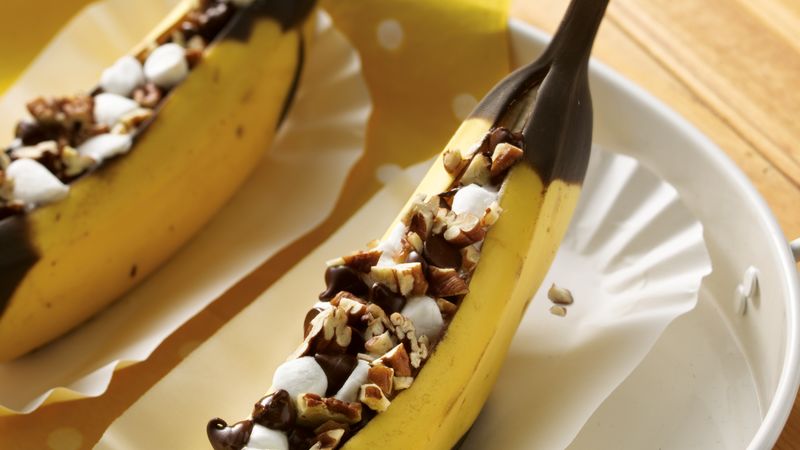 Summertime means camping outdoors, sleeping under the stars and cooking by campfire. My family loves camping, but traditional camping food can be heavy and high calorie. Instead of opting for the typical meals of PB&J, hamburgers, and hot dogs, which we’ve done over the years, we have started to mix things up, to make our meals more interesting and a bit healthier. This switch leaves room for some of our favorite snacks at night. These meals can be cooked over a campfire or on a grill, with a few prepared in advance, and others made on the spot. Here are some of our quick and easy favorites.

Beat eggs in a small bowl and add salt and pepper. Place the eggs in a small Mason jar or Ziploc bag. Add preferred omelet fillings and cover jar or seal the bag. Keep refrigerated. Spray a cast iron skillet with non-stick spray, empty the contents of one jar into the skillet and cook until the edges are firm. Gently move the uncooked egg around the pan by titling the skillet. Continue until eggs are cooked through. Fold omelet in half and serve.

Place all ingredients in a gallon size resealable bag. Mix the ingredients together. Scoop out desired serving size and mix with hot water or hot milk until desired consistency.

Use an apple peel to slice apples or alternatively, cut apples with a knife into 1/2 inch slices. Sprinkle with cinnamon and brown sugar. Place seasoned apple slices on 4 large squares of aluminum foil and dot each packet with a pat of butter. Wrap packet and place on hot coals or on a wire rack or basket over the fire and cook for 15-20 minutes until apples are soft.

Using tuna from a pouch, spread over whole grain bread and top with a slice of cheese. Cook in a cast iron skillet coated with non-stick spray over fire until cheese melts and bread is toasted.

Place sliced cheese on top of whole grain bread and top with sliced tomato. Cook in a cast iron skillet coated with non-stick spray until cheese melts and bread is toasted. Sprinkle with fresh or dried basil, if desired.

Spray several large squares of aluminum foil with non-stick cooking spray or oil. Arrange evenly cut pieces of chicken, assorted vegetables such as sliced zucchini and summer squash, broccoli florets, sliced bell peppers and onion. Season with garlic powder, salt and pepper. Place a pat of butter over the top of each packet and fold up the sides of the foil to seal, leaving some room at the top for steam to escape. Cook over fire for approximately 15 minutes. Remove from heat and let it sit for a few minutes. Open packet slowly and carefully to avoid steam burns.

Snacks by the Campfire:

Using a 10” cast iron skillet, layer 1/3 of the tortilla chips over skillet, add 3/4 cup of cheese, green onions, half of the jalapeno peppers and half of the diced peppers. Layer another 1/3 of tortilla chips on top and add 1/2 cup of cheese.  Top with remaining tortilla chips and the rest of the sliced jalapeno peppers and cheese.  Cover skillet loosely with foil.  Place skillet on fire and cook for about 10-15 minutes until cheese melts.  Top with cilantro (if using) and serve with salsa and guacamole on the side.

With banana peel on, slice banana halfway through, just to the edge of the other side of the peel. Pull banana and its peel apart slightly.  Place 2 tablespoons of chocolate chips inside each banana along with 8 mini marshmallows. Wrap the banana in foil and place on the fire until the banana is heated, and the chocolate and marshmallow have melted (about 10 minutes). Unwrap each banana and sprinkle with crushed graham cracker.

Catch up on the latest articles on our WOAC blog. Read about exclusive fitness tips, workouts, nutritions tips, recipes and much more!